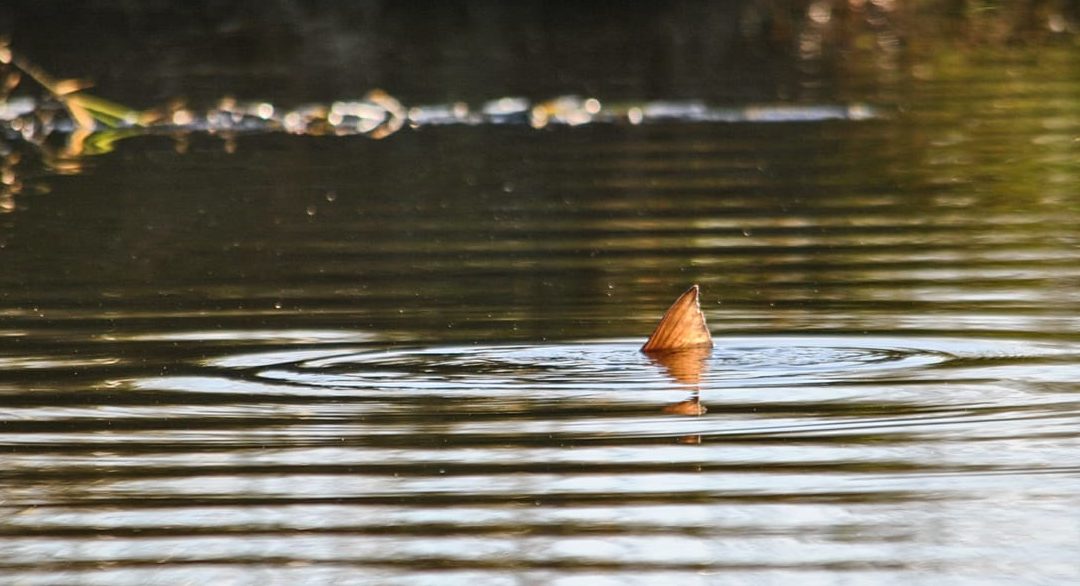 The leaves are falling, and the temperature is dropping. It is that time of the year where you can enjoy every hour of the day on the water without being too hot or too cold. However, there are some things that are not falling; which are Redfish tails. With the cool water temperatures and low water levels, the Redfish are very active in shallow ponds, flats etc. gorging on shrimp, crabs and other bait. The lakes are also a great place to spot large schools pushing along the banks as the bull reds cruise along there going in and out of marsh and canals. I’ll take the tailing Redfish in the shallows over schools in the lake any day. It is such an awesome experience to where I can happily put down my rod and take out my camera to capture those amazing moments.

On a pre-fishing trip for the 2nd Annual Redfish Shootout tournament, that’s exactly what I did. Being that I was pre-fishing, I wanted to observe and babysit rather than set the hook on those fish and risk them not biting on tournament day. After studying Google earth, I picked out which flats and ponds I wanted to fish. These areas proved to be successful in previous events for me and I knew I would have very little to no crowd at all to deal with. While pre-fishing, I made drifts over all the areas I wanted to fish and found what I was looking for which was some vegetation, the right amount and types of bait and of course Redfish. Thanks to my micro power pole, I was able to stop on a dime to stalk the tailing Redfish I seen from a distance and take some great photos. As I crept up closer, I was able to study the behavior of that specific school which is very important to look at as an angler. Different schools will act differently even if they are only 20-50 yards apart from each other. This school was on good behavior as they were tailing and swimming around not minding my kayak floating around them quietly. After seeing many tails and pushes, I just knew that tails would be everywhere the next morning for the event. I saw what I needed to see and took some important notes. Now, it was time to head back in. 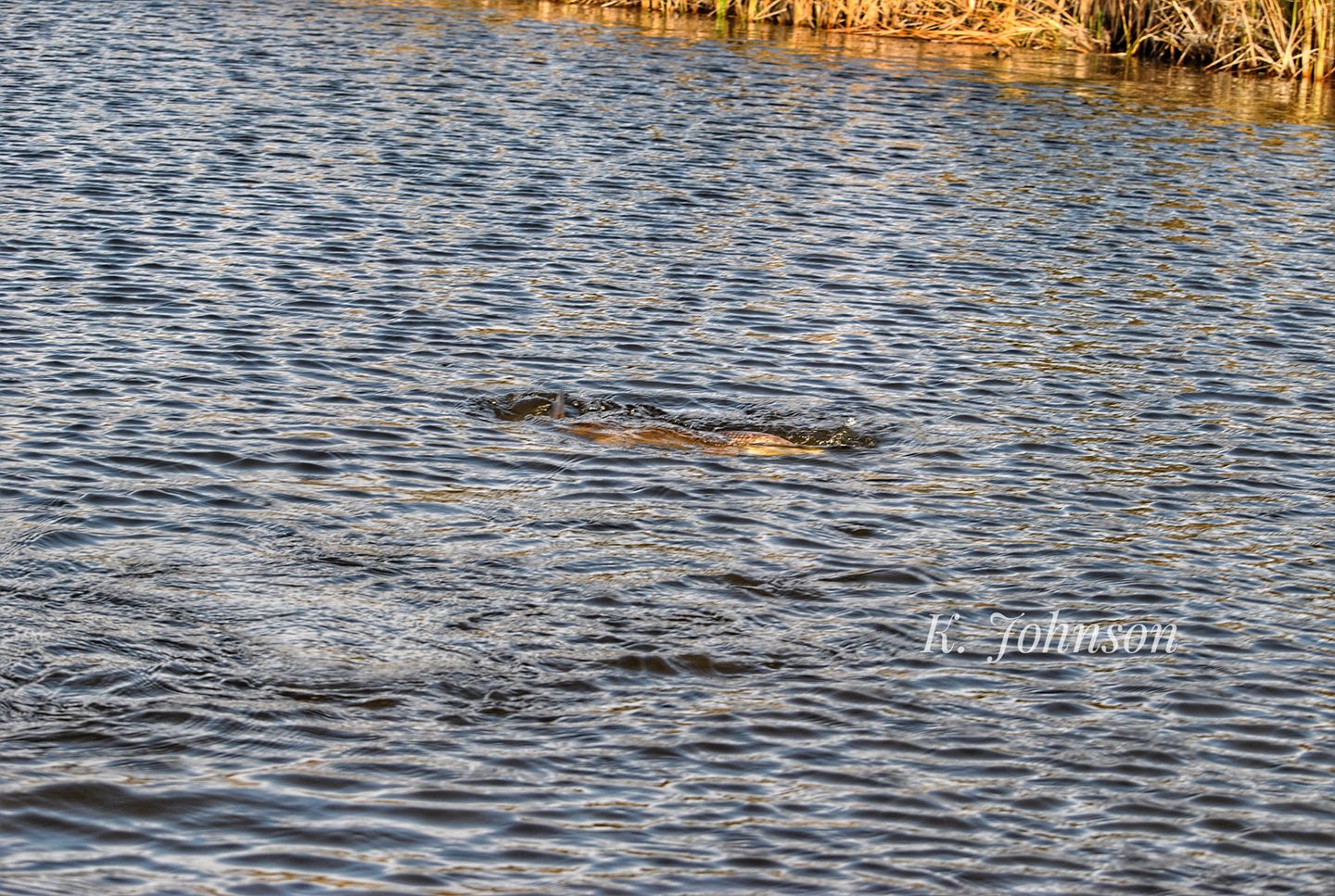 With a lot of preparation and excitement but no sleep, I was ready for action when my alarm clock went off. The truck was loaded up the night before so all I needed to do was get dressed and brew up a fresh cup of hot coffee. Thank God for Keurigs! On my way to Houma, Louisiana, I was stuck on deciding where I wanted to launch because I started over analyzing my options the night before. Both places I had in mind would have fish, but one area would be crowded with duck hunters and kayak anglers. I made the decision 30 minutes into driving to stick with my game plan and stay away from Pointe Aux Chenes. Decision making is crucial in tournament fishing. Finding and catching the right fish is important but a major key to being successful is making the right decisions.

After hitting the water I headed over to my first area with not one other kayak angler in sight! The first pond immediately presented me pushes and tailing Redfish. My first fish of the morning ended up being a quality Redfish measuring a little over 26 inches. I knew he was a good one so I threw him on the stringer and did not waste time weighing him. I clicked into second gear and told myself with 2 more bites like that, I should finish in the money. Being that I had fish my first fish by 7:30 AM, I knew I had a lot of fishing time to get it done. About 20 minutes later, I stuck another decent Redfish a little over 6 pounds. However, he still went onto my stringer hoping to be upgraded. After catching my 3rd fish weighing a little over 5 pounds, I decided to head over to my second area. At this time, I was alternating between 2 lures rigged on a 1/8-ounce weedless hook. The Limbo Slice Matrix Shad and the NEW Cabala’s swim bait were doing great early on in some clean water.

As I arrived to my next area which was about a mile away, I noticed small shrimp jumping all over the ponds and flats I was focusing on. I immediately put on a Shu-Shu Lures crawfish in the Frostbite color to imitate the shrimp. From there, it was game on as I landed two great fish that helped me upgrade within 30 minutes. I knew I was sitting in great shape to finish in the top 5 and hopefully earning a check. However, when I compete, I give it my all and try to capitalize on every opportunity I have. I took a much needed small break and had some lunch while feeling confident but also telling myself that 1 more 7+ pound fish can give me a great shot at 1st place. I typically do not like to bring in anything under 7 pounds during a kayak tournament. 6 pounds is ok but the 7 pound mark and greater is what I always aim for.

Lunch time is over and it’s time to keep it moving as I am carefully looking for big tails and pushes as well as listening to explosions on the banks. By the way, Vienna sausage and Ritz crackers make a great snack out on the water! I changed up my approach and lure selection (darker color) as the conditions changed with high/dirty water and high winds. That forced me to get into the broken marsh in search of THE ONE! The fishing action slowed down a little, I saw pushes and heard splashes but no luck. A little later, I decided to check out a pond that I haven’t fished in a while. As I approached the pond, I notice a couple of tails. I got closer and seen that it was 3 fat Redfish just swimming around and tailing. Pitch after pitch, lure after lure, they did not want to commit to anything I threw at them. I spent at least 5-10 minutes trying to get these fish to eat. They were not spooky at all; just not interested in my lures that I offered. I already figured the full moon the night before would cause that issue with some fish so after many attempts, I decided to move on. Time was getting short and I had 3 nice Redfish hoping for 1 more upgrade. As I looked over my notes, I remembered one pocket that was full of grass and showed a handful of tails while pre-fishing. I pulled up to the same pocket, put down my power pole and waited. After about 5 minutes of sitting in one spot just patiently waiting, 2 Redfish floated up out the grass appearing as if Mother Nature had performed a magic trick right before my eyes. I precisely pitched my lure and with a couple of twitches disturbing the grass beneath, BOOM!! With a strong hook set and the bulldog drag system of the Concept C 13 Fishing reel, I got him to the net quickly. It was the kicker I needed weighing over 7 ½ pounds. Screaming like Bass Master Pro Mike Iaconelli, I put him on the stringer as it measured right under 27 inches. I was pretty confident that I had what I needed to secure the win with the conditions we were dealing with. 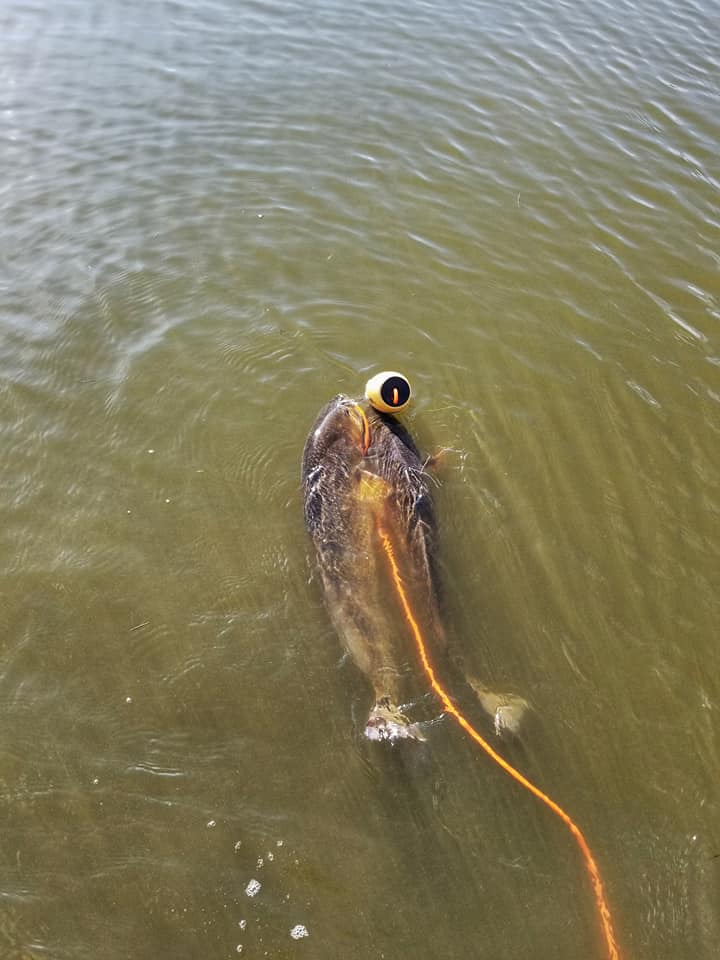 At the end, it all worked out for me during this event. I followed my gut by sticking with my game plan and executing it. It’s very easy to start second guessing yourself which can lead to making the wrong decisions during tournaments. I’ve learned to TRUST YOUR WORK by believing in yourself and your preparation. If you have prepared and found some fish for an event, one of the worst things you can do is listen to the dock talk and worry about where the other anglers are fishing. Like I just said, TRUST YOUR WORK! I finished the event with a 3-fish stringer and total weight of (21.60). Last year I finished 2nd for this event but I set a personal goal this year to take 1st. I knew that it could happen if I did my homework and pre-fished but also I knew it would not be an easy task fishing against some great Louisiana and Mississippi anglers that flat out just know how to fish. Always remember, no matter how familiar you are with an area, preparation WILL make a difference, be patient and TRUST YOUR WORK! 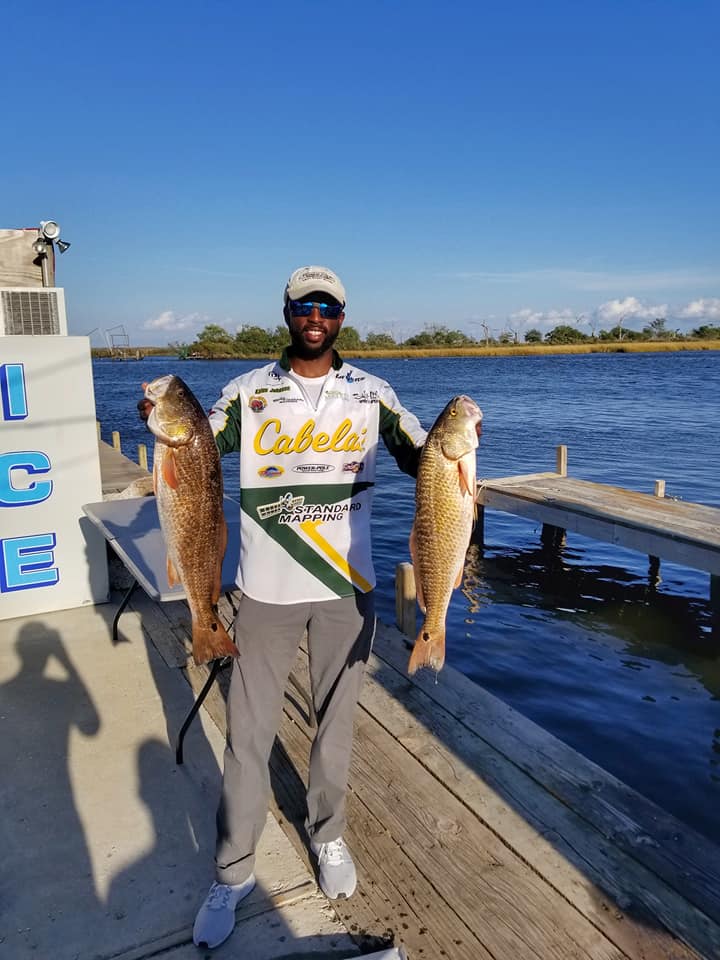