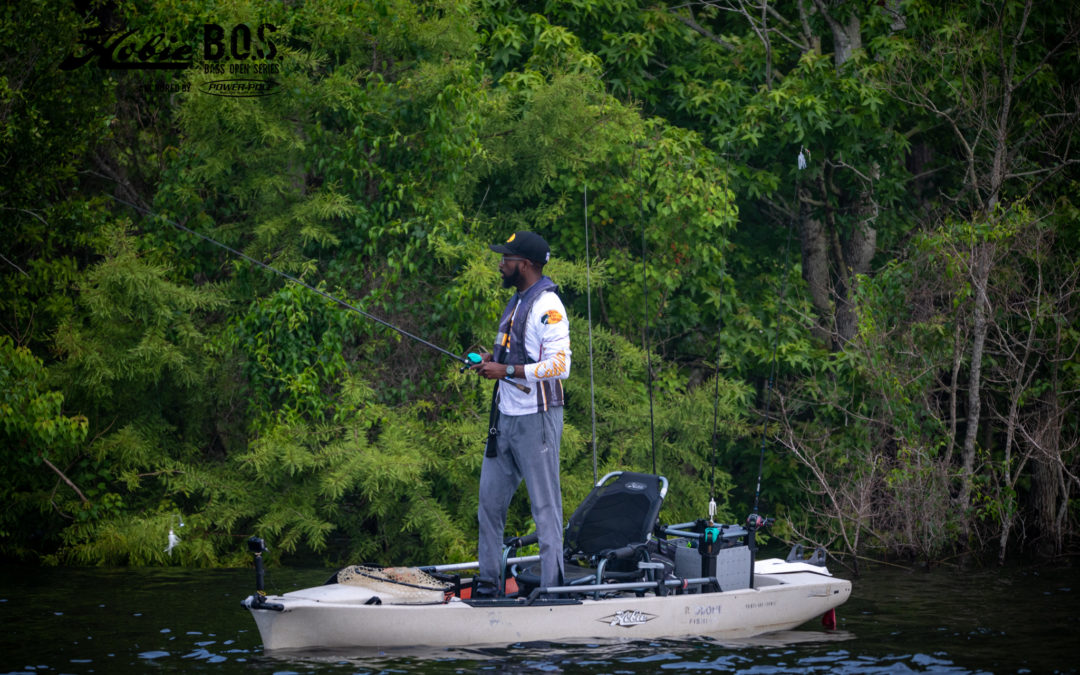 They say everything is bigger in Texas. Well that wasn’t the case for me at the Hobie Bass Open Series on Sam Rayburn on June 5-6, 2021 😂. Leading up to this event, I was extremely excited to fish one of the best lakes in the country that is known for good action and big bass. However, that area was hit with some high water which led the lake to be 10 ft higher than normal on for the tournament. That through a curve ball in my game plan which caused me to have to regroup at the last minute.

On day 1, I headed out to my plan B area that I caught a couple of fish in during practice. Within the first couple of casts, I caught my first fish throwing a white buzz bait. Following that, I had multiple blowups but no commitments. Regardless of the missed strikes, I stayed committed to that buzz bait for a good while and I feel that’s where I may have made my mistake. I eventually switched to a Texas rigged creature bait and started flipping as many flooded trees as possible. Eventually I was able to pick up 2 more keeper fish and I also missed a couple. At the end of the day I only had 3 fish on the board for day 1. I was disappointed but I knew I gave it my best and kept my lure in the water.

Day 2, I made a total switch with area I was fishing. Although I knew I was not in contention to make the top 12, win or even hit the top 50 but I refused to just throw in the towel. As a competitor, I had to go back out there and give it my best shot to catch a limit and make a climb on the leaderboard. If I caught my 5 fish on day 2, I would feel rejuvenated and that’s just what I did. I started the morning with a white buzz bait once again and in no time, I was able to snatch a 17-inch Bass. A little while goes by and didn’t get anything else so I switched things up. I notice some depth contour changes on my map, so I picked up my crank bait rod and started cranking. It didn’t take long to pick a fish. From there I picked up some small fish, had a couple come unbuttoned and caught few more. The Largemouth and Spotted bass came to play on day 2 and I had a great day of fishing as far as quantity.

For me, being a tournament angler is not all about winning 1st place etc… I believe the small wins are very important because it builds confidence, it allows you to learn and eventually you will build yourself into the caliber of angler that you have the potential to be. With that being said, small wins can be many different things for different anglers. Never give up in a tournament just because you didn’t do good on day 1. For me personally, there is more on the line than just a check and a trophy.

Thanks for stopping by and as always, Tight Lines and God Bless.